Batman: Bad Blood is the sixth installment in the DC Animated Movie Universe and is a sequel to Batman vs. Robin. It was released on February 2, 2016. A fourth Batman film titled Batman: Hush released three years later on August 12, 2019, however the film doesn't serve a sequel to Bad Blood.

Bruce Wayne is missing. Alfred covers for him while Nightwing and Robin patrol Gotham City in his stead. And a new player, Batwoman, investigates Batman's disappearance.[1]

Batwoman intercepts a group of criminals in Gotham City that includes Electrocutioner, Tusk, Firefly, Killer Moth, and others. When a fight ensues, Batman arrives. They‘re confronted by the apparent leader of the criminals, a man called the Heretic, who detonates explosives planted within the facility. Batman flings Batwoman to safety and apparently perishes in the explosion.

Weeks later, a concerned Alfred Pennyworth sends a distress signal to Nightwing. Meanwhile, Damian Wayne watches a news report of Batman's disappearance and sets out to return to Gotham. Batwoman's civilian alter-ego, Katherine Kane, meets with her father Jacob, explaining she feels responsible for Batman's apparent death. In the past, Katherine was traumatized by an incident in which her sister Elizabeth and mother Gabrielle were abducted, held for ransom, and eventually killed by their captors, while she was the sole survivor. After her time in the military, she became a promiscuous drunkard who was saved by Batman from street thugs, which motivated her to never need to be saved again, resulting in her becoming Batwoman.

Batman apparently resurfaces and is quickly noticed by Robin and Katherine. Both of them intercept Batman and quickly deduce that it’s Nightwing wearing an old version of the Batsuit. They begin their own investigations into the Heretic, unconvinced that Bruce is truly dead. The Heretic and his henchmen attack Wayne Enterprises, forcing Lucius Fox to open the way into the vault by threatening his son Luke. Though Nightwing and Damian arrive, they’re unable to prevent the Heretic from escaping with Wayne technology, and Lucius is injured. Before they leave, the Heretic kills Electrocutioner when the latter is about to kill Robin.

The Heretic returns to his headquarters, where it’s revealed that he’s working for Talia al Ghul. They’ve got Bruce captured and the Mad Hatter is causing him to hallucinate. The Heretic then breaks into the Batcave and kidnaps Damian. He explains that he’s a clone of Damian, created by a genetics program run by Ra's al Ghul and the League of Assassins. They used Damian's DNA to genetically engineer a perfect soldier with accelerated growth and development, but he was the only subject of the program to survive. Due to his feeling of not being a real person, he wishes to have Damian's memories and personality implanted within his own brain, but Talia arrives and kills the Heretic. Nightwing and Batwoman then arrive, having located Damian through a tracker in his costume. They’re quickly joined by Luke, clad in an advanced combat exosuit and styling himself as Batwing. The three rescue Bruce and Damian, but Talia and her henchmen escape.

A week pass and Bruce seems to have recovered, though he remains adamant that Katherine and Luke not be involved. After Katherine is forced to fight her father after he suddenly attacks her, Dick learns from this that Bruce is still under the effects of the Mad Hatter's mind control, though Damian is unconvinced. Luke realizes that the League of Assassins are planning to brainwash a number of world leaders at a tech summit held by Bruce. As the brainwashing takes place, Nightwing, Robin, Batwoman, Alfred, and Batwing arrive and fight Talia and her henchmen. During the fight, the Mad Hatter is killed, interrupting the mind control. Bruce, still brainwashed, defeats Nightwing. Talia then orders him to kill Nightwing and Damian, but Bruce, through Grayson's pleas, resists the brainwashing. Incensed, Talia escapes in a vessel, only for Onyx, a subordinate of the Heretic, to confront and attack her in revenge for the Heretic's death. The vessel subsequently crashes and explodes, implying their deaths. Bruce is later seen comforting Damian over Talia's supposed death. Alfred remarks to Grayson that despite Talia's madness, she was still Damian's mother.

As the Bat-Signal shines in Gotham City, Batwoman, Nightwing, and Batwing meet Batman and Robin on top of the police station to respond to a crime committed by the Penguin. On a nearby building, Batgirl observes the group and prepares to join the pursuit. 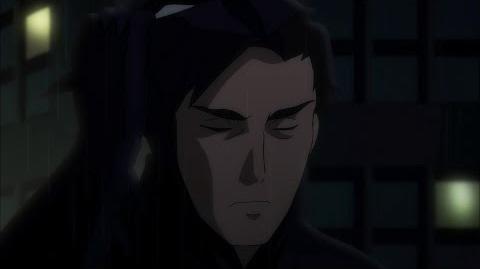 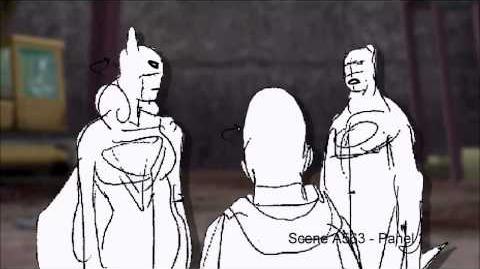 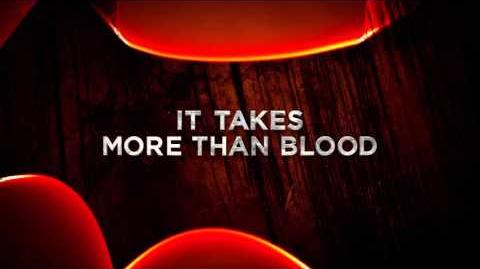 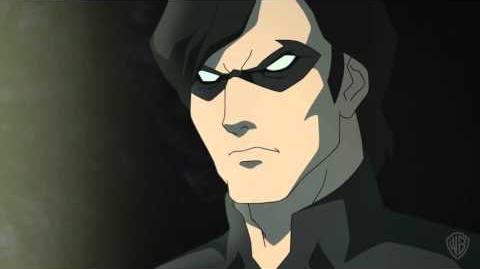 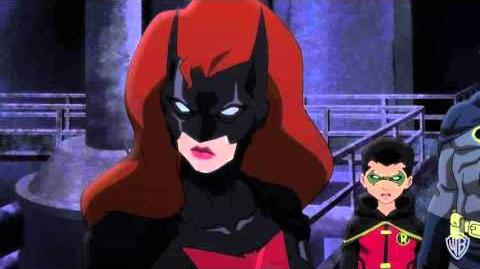 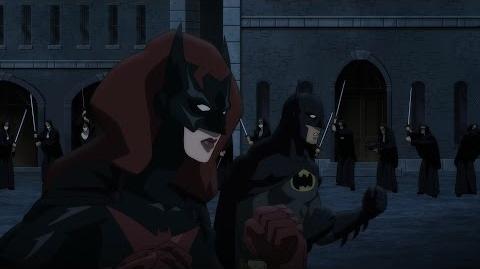