Villainy Inc.
Doris Zeul, better known as Giganta, was a supervillain member of Villainy, Inc. and an enemy of Wonder Woman.

Giganta first appeared in a wharehouse alongside Dr. Poision when veronica cale came to sell an artifact from CalePharmasuticles. When Wonder Woman appeared, she injected herself with growth serium, that she used to fight her, but was eventually defeated.

Giganta was seen on Stryker's Island as she, and other inmates, watched Lois Lane and Harley Quinn in a boxing match. It's unknown how she died. She maybe got killed by Paradooms later or when Flash resets the timeline. 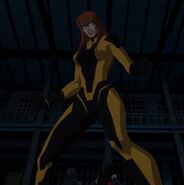 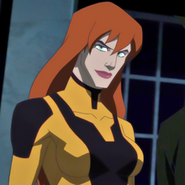