When the powerful Darkseid and his massive, relentless forces invade Earth, a group of previously unaligned super heroes – misunderstood and, in some cases, hunted by the authorities – discover the only way to fend off the attack will be to work together as a cohesive unit. Batman, Superman, Wonder Woman, Green Lantern, The Flash, Shazam and, in his origin story, Cyborg combine their respective talents in an all-out battle to save the planet. Based on the 2012 graphic novel, “Justice League: Origin,” by Geoff Johns & Jim Lee, Justice League: War provides a glance into the world before the Justice League was created, and offers the initial animated incarnation of DC Entertainment’s “The New 52.”[1]

Template:Stub A series of abductions have occurred in Gotham City; Batman is implicated due to video footage. Green Lantern stops a kidnapping before attacking the kidnapper, a Parademon, and is almost defeated when Batman appears. The Parademon attacks them both; Batman and Green Lantern chase it into the sewers, where it charges a Mother Box and explodes. They examine the box, deduce it is of extraterrestrial origin, and decide to ask Superman for an answer. Another Mother Box, supplied by Flash is being studied at S.T.A.R. Labs by Silas Stone, father of Victor Stone.

Superman, who fought with a Parademon previously and believes Batman and Green Lantern are working with it, fights the both of them; the two are hopelessly outmatched, with the battle only stopping when Batman calls him "Clark" and Superman discovers Batman is Bruce Wayne. The trio begin to work together against the Parademons. On the planet Apokolips, Darkseid orders Desaad to begin an invasion of Earth in response to the superheroes' discovery of his plans. Victor and Silas argue over Silas' belief that metahumans are more important than football. Superman, Batman and Green Lantern realize an invasion has begun when the box activates and several Boom Tubes appear throughout the world.

The Box in S.T.A.R. Labs explodes and creates a Boom Tube when Victor is holding it. The explosion fuses the technology inside the Box to Victor's wounded, mutilated body. As several Parademons attack, Silas takes Victor to a technologically advanced medical bed and uses experimental technologies on him. Countless Parademons appear and attack around the world. The Box's technology spliced with Victor's body fuses itself with the various technologies around the room. Victor is transformed into Cyborg, with a body capable of transforming and adapting itself, including obtaining new features. Just as the Flash saves the scientists, Cyborg discovers details of Apokolips, Darkseid, and the invasion plan. He learns that the Parademons are actually inhabitants of worlds conquered by Darkseid, spliced with his technology, allowing him to mind-control them into serving as an army for conquering other planets. Billy Batson sees a Parademon outside and mystically turns into the superhero Shazam. Air Force One is attacked in the air, but is saved by the Amazon princess Wonder Woman and Superman. After the heroes gather, Cyborg reveals that the invasion is a prelude to the terraforming of Earth. Darkseid arrives and proves to be an extremely powerful opponent and the entire Justice League is hopelessly outmatched.

Darkseid uses his Omega Beams to fight Flash and Superman, who is incapacitated and captured by a Parademon. Batman prevents Green Lantern from going after them on his own with a broken arm. He tells Green Lantern to think about the lives at stake rather than his own image as a hero, and after unmasking himself, reveals that his parents' murders are what motivated him to fight evil. Bruce allows himself to be captured to save Superman. Green Lantern has the idea to strip Darkseid of his Omega Beams by destroying his eyes. Bruce goes through a portal to Apokolips, where he escapes the Parademon and stops DeSaad from turning Superman into a Parademon. Superman is left unstable and highly aggressive because of the brainwashing process, resulting in him strangling DeSaad to death and attacking Parademons and Batman. Batman reasons with him, and helps him reassert his own personality. On Earth, after Darkseid's eyes are destroyed by the Justice League, Cyborg reopens the Boom Tubes to send Darkseid and his army back to Apokolips. Darkseid fights back, and with Superman and Batman's assistance, the group eventually force him through the portal. With the world saved, the superheroes gain the public's trust and are honored at the White House.

In a post-credits scene, an Atlantean ship emerges from the ocean and Ocean Master appears carrying the dead body of his king. He believes that the surface dwellers on Earth are responsible, calling it an act of war from the surface, for which he swears revenge 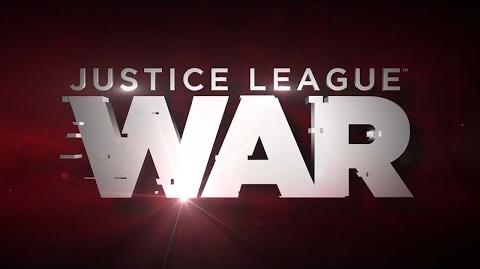 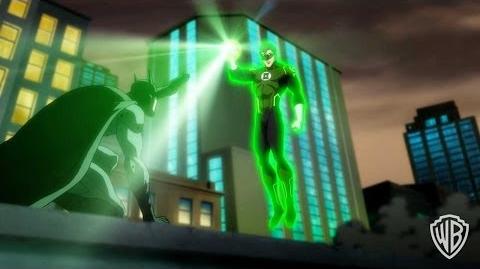 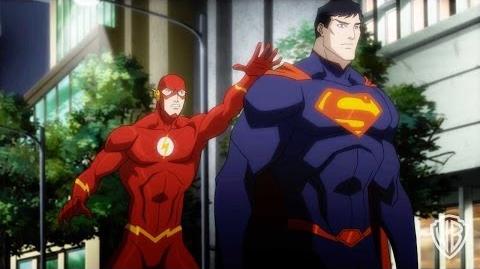 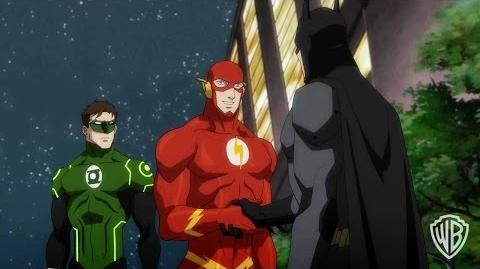 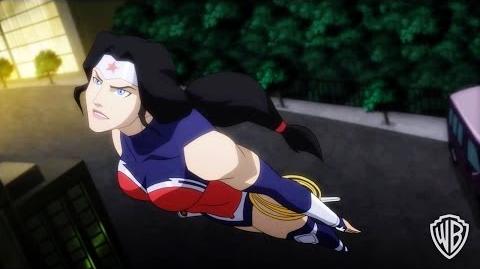 Justice League War - "Leave Them to Me" (Exclusive) 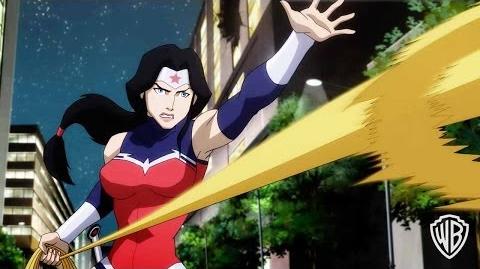