Led by Starfire, the Teen Titans – Beast Boy, Raven, Blue Beetle, Robin and the just-returned Nightwing – have built a cohesive team in their never-ending battle against evil; but their newest teammate, the mysterious and powerful Terra, may be altering that dynamic. Meanwhile, an ancient evil, Brother Blood, has awakened, and familiar foe Deathstroke is lurking in the shadows – both waiting to pounce. Ultimately, the Teen Titans will need to battle their enemies and their own doubts to unite and overcome the malicious forces around them in this twisting tale of intrigue, adventure and deception. [1]

Five years ago, the original Teen Titans Robin (Dick Grayson), Beast Boy, Speedy, Kid Flash, and Bumblebee rescue the Tamaran Princess Starfire from her Gordanian captors sent by her evil sister, Blackfire. As she’s no longer able to return to her planet, the Titans offer her a home on Earth.

In the present, Dick Grayson (now Nightwing) rejoins the Titans to track down a terrorist cult led by Brother Blood, who plans on capturing the team to absorb their powers with a machine that he has tested on Jericho (whom his assistant, Mother Mayhem, quickly shoots afterwards). Blood hires the mercenary Deathstroke to deliver the Titans to him, which he obliges to do for both the money and the chance to get revenge on Damian Wayne. Deathstroke monitors the Titans through his double agent that joined the team a year prior, Terra, whom he rescued after her parents turned their whole village against her and tortured her. When Damian grows suspicious of Terra's behavior and starts tracking her, he’s captured by her and Deathstroke.

Terra acts cold and distant towards the other Titans despite their welcoming attitude, but eventually warms up to them over time. During the night celebrating her one year anniversary with the Titans, Beast boy shares a tender moment with Terra and kisses her. The next day, Deathstroke kidnaps Blue Beetle at the soup kitchen he works at, Beast Boy at a convention where he thought he would do a podcast with filmmaker Kevin Smith, and Starfire at the apartment shared by her and Nightwing. Dick discovers what happened to the other Titans and is attacked by Deathstroke at his apartment. He manages to escape by faking his own death, while Terra captures Raven.

Deathstroke and Terra bring the Titans to Brother Blood, but since the machine cannot operate properly without a sixth Titan (as Slade failed to capture Nightwing), Slade offers him Terra instead. Blood starts draining the Titans of their powers, but they’re rescued by Nightwing. Nightwing and Robin fight Deathstroke while the rest take on Brother Blood (who has absorbed all of their powers). The two villains are stopped by the intervention of Terra, who’s enraged at Slade for his betrayal. Blood is depowered by Raven and killed by Mother Mayhem while Deathstroke is buried underneath multiple rocks thrown by Terra. Too ashamed to face her former friends/allies after betraying their trust, Terra decides to bring down the entire area. Beast Boy attempts to assist Terra in escaping the crumbling fortress, but Terra pushes him back and is buried underneath multiple layers of rubble. Beast Boy digs her up and she dies in his arms.

In the epilogue, Beast Boy goes on Kevin Smith's podcast and talks about the Titans with the host. He mentions that the team has a "wonderful" new member and that he will always miss Terra.

Non Speaking role such and Joseph Wilson/Jericho and Donna Troy appear in the film. 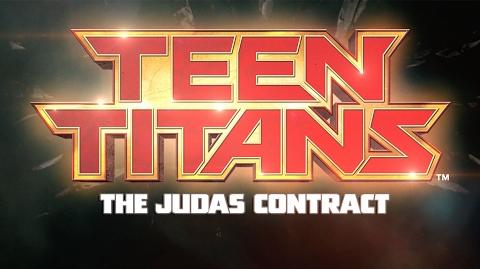